Spotted away day with GH Away Travel

Yesterday I was sat perusing Facebook and came across a post saying there was still seats on the official Crawley Town supporters coach to Charlton for last nights EFL Trophy clash.

Quick message to the Mrs to get a “pass” for a night out, then mobilise the 13 year old (not an easy task) and off we went. 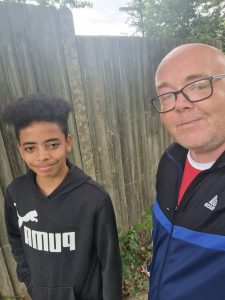 On our way to the stadium to board the coach

We were greeted by Allan, who runs the away day trips,  and seated on a comfortable coach.

One of the fans became ill during the journey and it was quite humbling to see fans helping him, a call was made to Charlton and paramedics were there to greet the coach and take care of the gent, who thankfully still managed to make it to the game after being looked over.

The first half me and the boy sat on our own, it wasn’t the best performance in the first half and we were 3-0 down at half time! 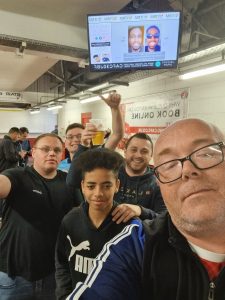 Half time beer with some other travelling fans.

We decided to watch the 2nd half with the rest of the fans in the “noisy section” and even though Crawley went on to lose 6-1, the spirits were high, and the 167 travelling fans made more noise than the home fans throughout the game.

The result may not have been what we wanted, but it was a great occasion, me and Lewis both felt very welcome by the other travelling Crawley fans and will definitely be trying to get to more away games in future.

If you’ve ever considered it, go for it!

To get more info on away day travel, contact Allan at GH Travel – alain_harper@icloud.com