A schoolgirl, who cannot be named for legal reasons, has been charged with murdering a man in Crawley on Tuesday evening (October 27).

The victim, who has been named as 24-year-old Nimroy Hendricks died in Russell Way,Three Bridges, after being found with stab wounds to the chest. 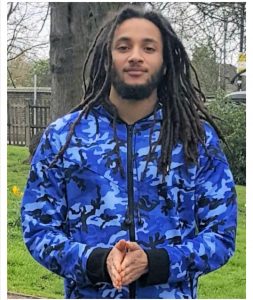 The 14-year-old girl, from Crawley, is also charged with possessing a knife in a public place. She is expected to appear before magistrates in Crawley this afternoon (Friday).

Detective Chief Inspector Andy Wolstenholme from the Surrey and Sussex Major Crime Team said: “The circumstances of this case are particularly challenging for everyone involved and will continue to be difficult as people come to terms with significant loss and grief.

“It is imperative that the Criminal Justice system is allowed to operate effectively in order to support all involved in this case and therefore, I would make a personal plea to people to not speculate on social media on the circumstances of the case or the identity or motivation of the defendant, whose name may not legally be published.”

It’s a awful thing to grieve the family’s loss, but nobody knows what lead the young girl to do such a thing and these are what the members of the public have to question theirselves. As l echo it’s awful, but what remains behind this was it just a unprovoked attack.