Boy taken to hospital after being shot with air rifle

The two boys, aged 11 and 12, were playing football with friends in Oak Way, Northgate, Crawley, when they were hit by air gun pellets, police have said. 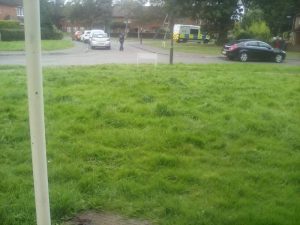 “The 11-year-old was treated for his injuries at Crawley Hospital. The 12-year-old did not require hospital treatment

A local man was arrested on suspicion of causing grievous bodily harm and of firing an air weapon in public.