Police are appealing for witnesses after a man was assaulted in a car park in Crawley. 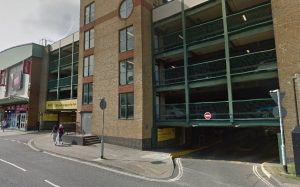 Officers were called at 10.25pm on Tuesday (September 14) to Kingsgate car park in Queensway in the town centre.

A 33-year-old man suffered stab wounds during the incident.

He was taken to hospital and remains in a serious but stable condition.

Witnesses or anyone with information can report online or call 101 and quote serial 1391 of 14/09.