A man from Essex has been sentenced for his role in running County Lines drug dealing into West Sussex and across the South East, following an operation involving several police forces. 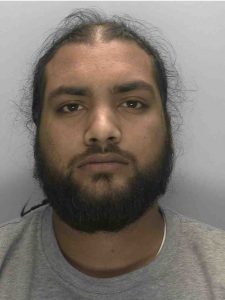 Aaron Murray (above), 25, of Tideswell Close, Braintree, Essex, was sentenced to a total of five years and six months imprisonment when he appeared in custody at Hove Crown Court on Thursday 11 November, having previously admitted being concerned in the supply of crack cocaine and heroin. 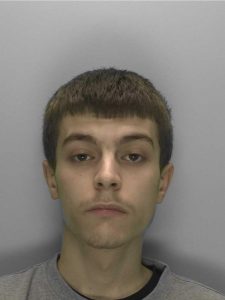 Kieron Dice (above), 19, of Antlers Hill, London, E4, had been sentenced to three years imprisonment at Lewes Crown Court on 15 January, also having admitted being concerned in the supply of crack cocaine and heroin.

Murray and Dice had been in a car stopped by Metropolitan Police officers in north east London in September 2020. In the car were found mobile phones already linked by police intelligence work to the ‘Rocky’ County Drugs line that had been moving drugs from that area of London into Crawley for several months.

The intelligence and digital forensic work also revealed that Murray and Dice had been operating the ‘Hollywood’ County Line from north east London into Essex, Suffolk, and across the South East, for several months.

Officers from Sussex, from the Metropolitan Police ‘Operation Orochi’ team which works with surrounding forces to track down County Lines dealers from London, and from Suffolk Constabulary, combined to bring Murray and Dice to justice.

Detective Inspector Alan Pack of the West Sussex Community Investigations Team said; “This is another example of the way police forces can work together across boundaries to bring to justice drug dealers who try to bring misery to our communities for financial profit.”

During the investigation a Suffolk officer, Detective Constable Dave Murphy from their Serious Crime Disruption Team established that a phone number associated to the ‘Hollywood’ business was a drugs line operating in Sudbury in Suffolk. Further enquiries established Sussex Police had seized the relevant phone number and mobile device and DC Murphy provided key evidence to Sussex officers to show it was drugs line linked to Suffolk.

DC Murphy said: “This collaborative working with other forces demonstrates how collectively we can bring great results. These carefully planned operations have a powerful impact in terms of shutting down a significant number of County Lines at their source with immediate results.”

For information about how police work to combat County Lines activity in Sussex and what you can do to help, see the Sussex Police website.