We’re investigating two stalking incidents in Crawley and have identified a person we wish to speak with who may have information which can help us with our ongoing enquiries.

It relates to two incidents where a victim has been approached by an unknown man on consecutive nights.

Around 12.40am on Saturday, June 11 the victim was walking to ASDA in Pegler Way, Crawley, when she noticed a man staring at her which made her feel uncomfortable.

After finishing her shopping she realised the same man was following closely behind her but managed to run away from him and make it back to a place of safety.

The following night around 12.00am in Pegler Way, she noticed the same man again.

As the victim reached her home address the man approached her and attempted to engage in a conversation but was challenged by the victim.

This resulted in the man making off towards West Green Drive and then turned into an alleyway leading to St Johns Road. 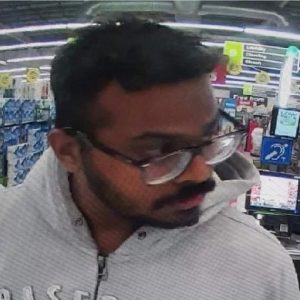 Detective Sergeant Jessie Chick said: “This is a very concerning incident and we are seeking to establish the identity of a man who could assist us with our enquiries. The victim in the case is being supported by officers at this time.”

Anyone who knows the identity of the person they wish to speak with which can help officers with their enquiries is asked to contact police online or call 101 quoting Operation Dorchester.

Alternatively you can report it to Crimestoppers anonymously on 0800 555111.